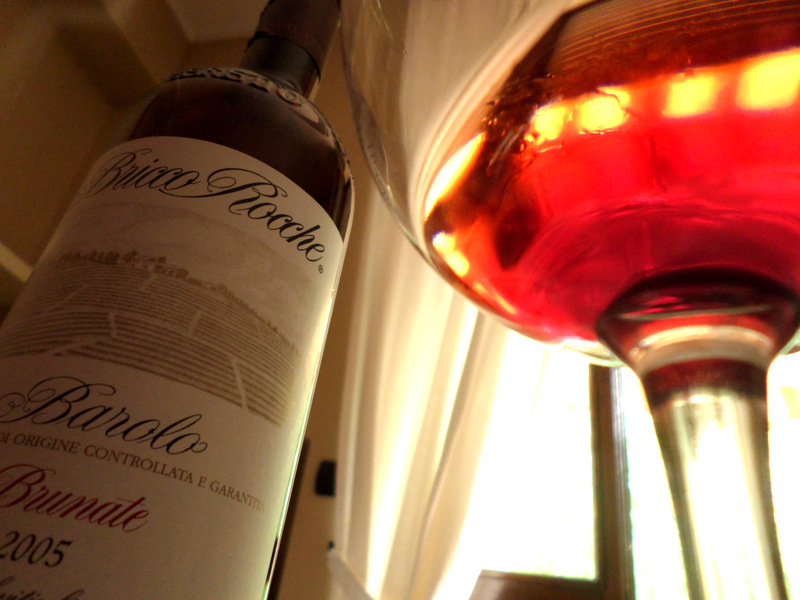 After our gig in Milano, Andrew and I went to Alba, a town in northern Italy in Piedmont famous for food, Barolo wine and white truffles.

First, we walk 4 miles into the country to Ceretto winery, a family operated winery that was started by the “Barolo brothers,” two men who helped put Barolo on the international market. Barolo as well as the other famous Barbaresco are made from nebiollo grapes that only grow in this region of the world.  A north-south road going out of Alba divides the two regions, which are characterized by small hectares of land. Barbaresco has sandy soils; the wines are aromatic and are ready to drink after about five years. Barolo has clay soil which gives the wine more tannins and allows it to age very long. A traditionally made, ready to drink Barolo starts around $50. Despite its international commodity value there is also a practical reason for its price. Barolos have to be aged in oak for 3 years followed by 1 year in the bottle before they are ready for sale. In our tasting notes we described it as pale cherry color with hints of orange and brick; nose of cherry, coffee, anise, rosemary, forest floor with hints of fungi; taste of cherry, raspberry, currant, coffee and fennel; finish of tart cherry, currant, chocolate, coffee, maple syrup, cloves, toffee, and black licorice.

Of course no trip to Alba would be complete without getting some truffles. The season was almost done when we visited (already too dry and hot) but we did get a few black summer truffles. They are seven times as cheap as the famous white truffles (which go for $200 an ounce) but still wonderful for topping spaghetti, or putting in scrambled eggs. We met a lady whose father has been in the truffle business his whole life and whose husband also trained his own truffle dog. He hunts for truffles at night so no one sees his finding spots.

Some other lucky finds of our stay in Alba where the free chamber music festival going on, of which we saw 5 concerts in different Gothic cathedrals in old town: a really cool program of solo piano with Crumb, Bolcom, Bartok, Ligeti, Schubert, Scarlatti all mixed together in sets; lots of trio music for violin, cello and piano with Beethoven, Brahms, Schubert, and Piazzolla 🙂 and finally Firebird and Verdi’s Requiem.

The Saturday market was also across the street from our apartment!  I was yelling and drooling over everything when we shopped…Here are some dishes we made from the amazing culinary treats at the market: Fresh Tajarin Pasta with artichokes in a butter cream sauce topped with shaved black truffle; Two Chicory Salad with Hard Boiled Eggs and Shaved Sheep’s Milk Pecorino; Buffalo Milk Mozzarella with Homemade Tapenade and Bread of the Day; Fresh Capunti Pasta with Ox Tail Ragu.