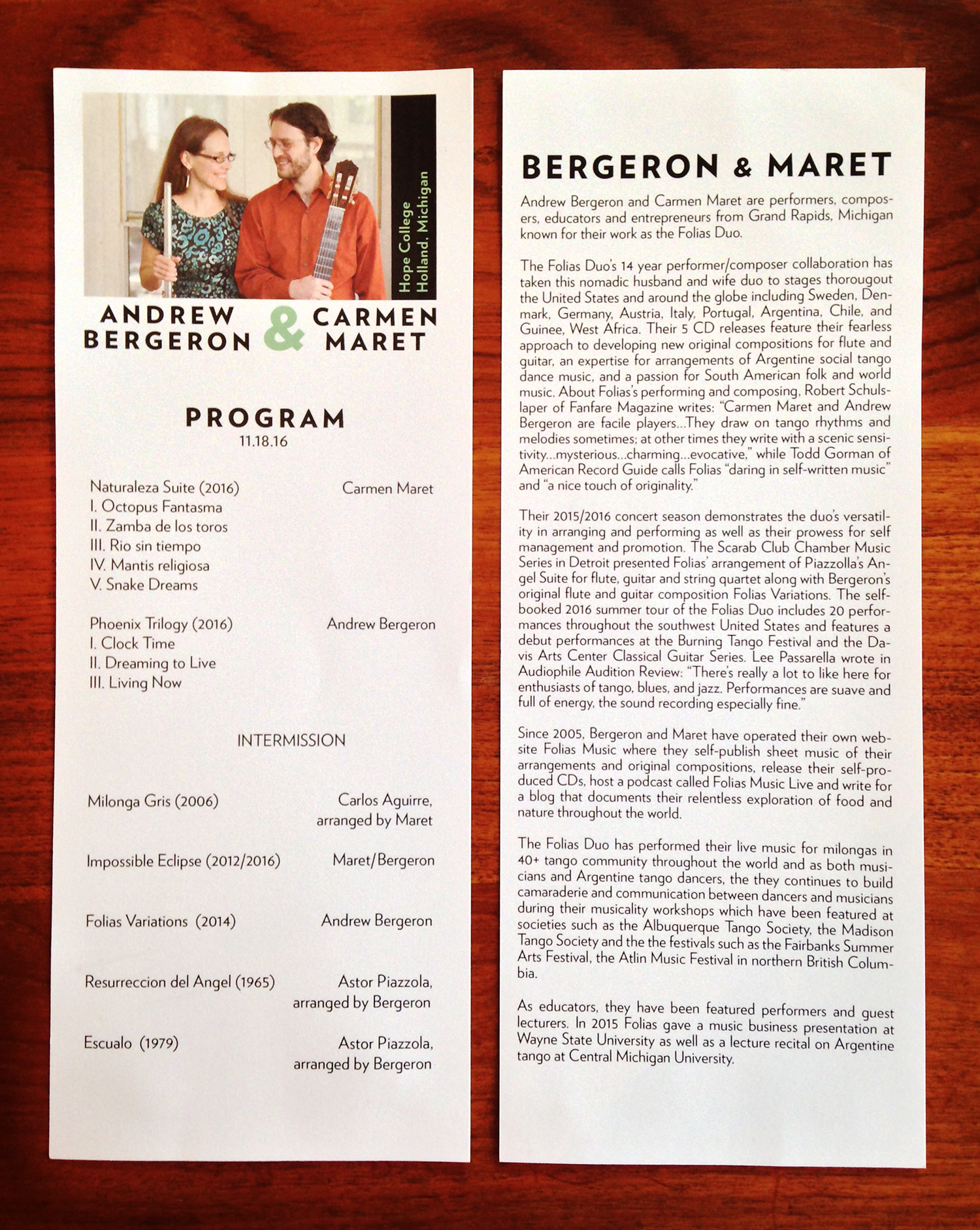 As a musician it is always nice to play a concert of new music. It is not only important that you are playing new songs but that you feel comfortable presenting the new material. This was the case in November when we played a concert at Hope College. The concert was held in Hope College’s beautiful new center for musical arts. We presented a concert of our 10 new compositions and 3 new arrangements which we will record next month for our sixth CD.

November is a busy time for us. Along with preparing for this concert we are both in the middle of our busy semesters of teaching college. For the concert I awoke every morning before the sunrise to practice guitar before the day got busy. After sunset we had rehearsals together to put the music together. Because the school semester gets so crazy this time of the year it is easy to loose focus for our music performing and composing. So it was nice to have such a big event to work towards.

At the concert it was a thrill to see a packed audience of family, friends, and new faces. It was also great to play so well together in a space with such nice acoustics. After we both felt a sense of accomplishment as players and composers. Giving a full premiere of all of our new music was a step ahead for Folias. Not only does it give us a whole new concert of music to play for the next few years but it also got us ready for recording in December. Thank-you to David Martin, Derek Emerson, Hope College, and everyone who came to the concert.