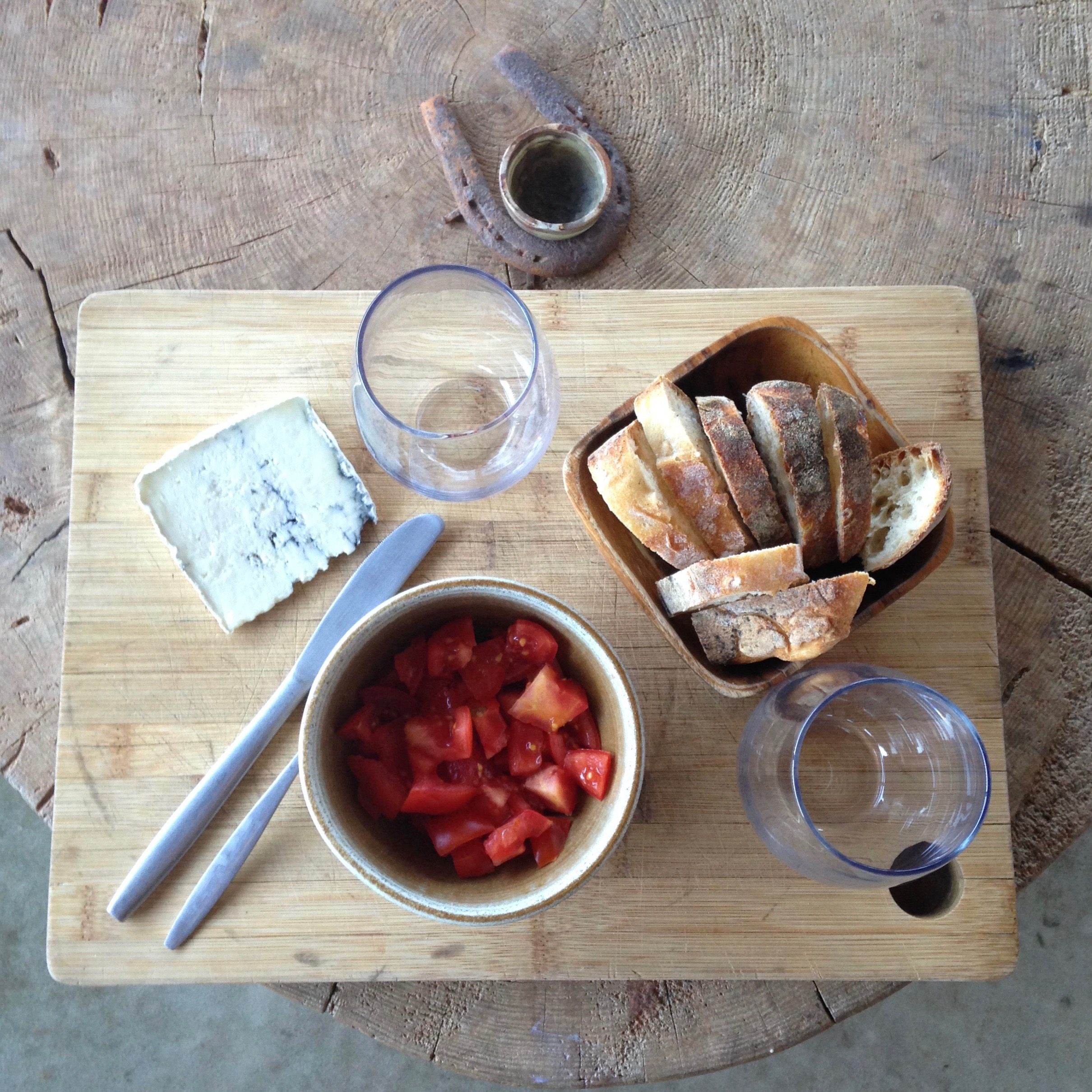 Here it is, the Dreaming to Live Tour Eats. Lots of picnic tables on this tour. The most memorable foods? The greens and the berries. Not to mention the local bread and artisan cheese.

This we didn’t make, but it was a quick and inexpensive “breakfast” on our way out of the Olympic peninsula. A friend tipped us off to get hood canal oysters, wow, amazing!
We stopped at a little brewery in Quilcene, WA which is at the tip of the hood canal. They had a sign for oysters and clams out front. It was 9:30 in the morning. We got 12 fresh shuked oysters and a beer out the door with service and tip for $30. Wonderful to try this world famous oyster appellation.

In Nevada and New Mexico it was just plain too hot to cook…and we were often driving so much that we made some nice salads in the car.
Santa Fe Farmer’s Market Platter
Old Windmill Dairy mold-ripened goat cheese with vegetable ash, CO tomatoes, local sourdough and the Monks’ Tripel from the Abbey Brewing out in Abiquiu, NM.

Here are a few of the dinners we were able to assemble or cook: