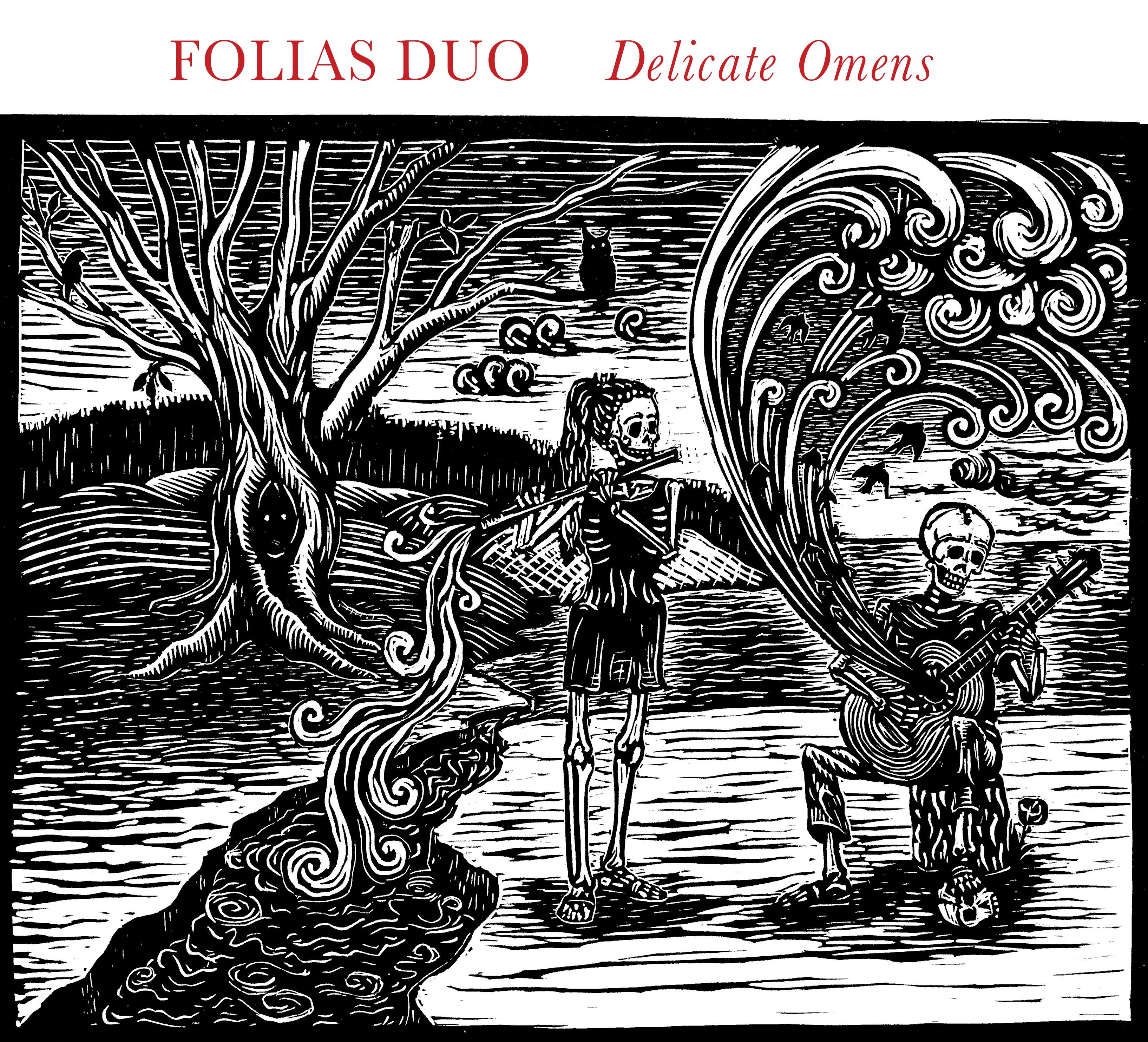 Flutist Carmen Maret and guitarist Andrew Bergeron, the husband-and-wife duo “daring in self-written music” (American Record Guide) continue to carve out their uncommon niche in the classical music world as performers who are also composers. The Folias Duo’s newest release of all original music, Delicate Omens, is a work that is the artistic culmination of seventeen years of traveling, performing, and writing by this spirited Michigan based flute and guitar duo.  Pre-orders are now available on the Folias Music Store.

Delicate Omens, the duo’s seventh album and sophomore release on their own Folias Music label, comprises five world premiere recordings of compositions all written in rustic cabins during the duo’s travels in the United States and Canada. Bergeron’s Emerson, is a mysterious three movement work for alto flute and guitar inspired by essays of Ralph Waldo Emerson. Maret’s Creole Ballet, a set of six stylized dances, reflect the duo’s experience as tango dancers and their love of Argentine folk music. Bergeron’s Uncompahgre, a three movement work inspired by the area of the same name in Southern Colorado, showcases both Bergeron and Maret’s virtuosity on their respective instruments. To end the album, Bergeron performs his solo guitar composition that musically depicts the duality of fantasy and reality of Don Quixote which is followed by Maret’s jazz-influenced, Angel Forever for alto flute and guitar, that she describes as, “if Pat Metheny and Astor Piazzolla walked into a bar together.”

Recorded at Sono Luminus Studios May 11-12, 2019 in Boyce, Virginia
Audio production and editing by Dan Merceruio
Engineered and mastered by Daniel Shores