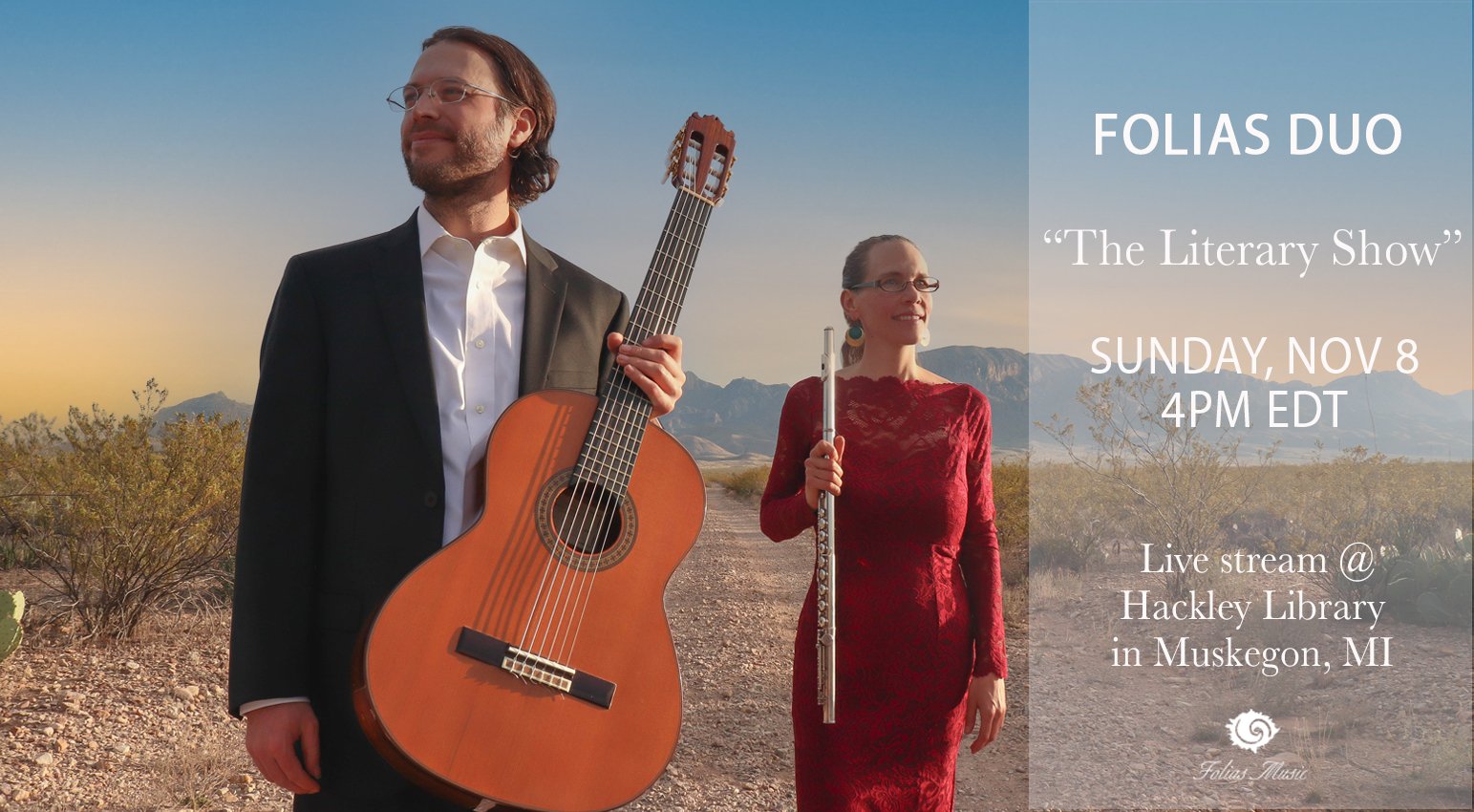 We will be taking our monthly live stream concert on the road this month. We’ll be live in the stacks at the Hackley Public Library! The show will feature music inspired by the prose of Cormac McCarthy, Ralph Waldo Emerson, and Miguel Cervantes. As an extra special addition to the show we will be joined by guest reader Christopher J Martin.

I wrote The Border Trilogy in 2012, inspired by the set of books with the same name, The Border Trilogy by the American author Cormac McCarthy. I wanted to capture the theme of wildness in the south west landscapes of Texas, New Mexico and Mexico. The music is inspired by flamenco guitar and has many time changes that give the music a sense of openness like the landscape painted in the text.

Many composers have written music inspired by the early 17th century book Don Quixote. As I read this beast of a book I was struck by my compassion for Don Quixote. Yes, he was looking at the world in an “insane” way but why is our own way of understanding the world any more valid? I wrote the 2 movements in the fall of 2017 and during a winter trip to Canada in the early winter of 2018. Technically the piece is filled with a variety of techniques including tremolo, arpeggios, slurs, capo at 2nd, harmonics, and odd time signatures that only a true knight of the guitar would be ready to play.

In 2017 Carmen and I did a few collaboration shows with soprano Jessica Louise Coe. For the program I wrote a set of three pieces with the poetry of Ralph Waldo Emerson. The poems are epigraphs to Emerson’s philosophical writings on transcendentalism, which offered a new way of understanding the world as an American in the 19th century. After the set of performances were completed I liked the piece so much that I wanted to arrange it for just our duo. The text is no longer present but it permeates the musical material.