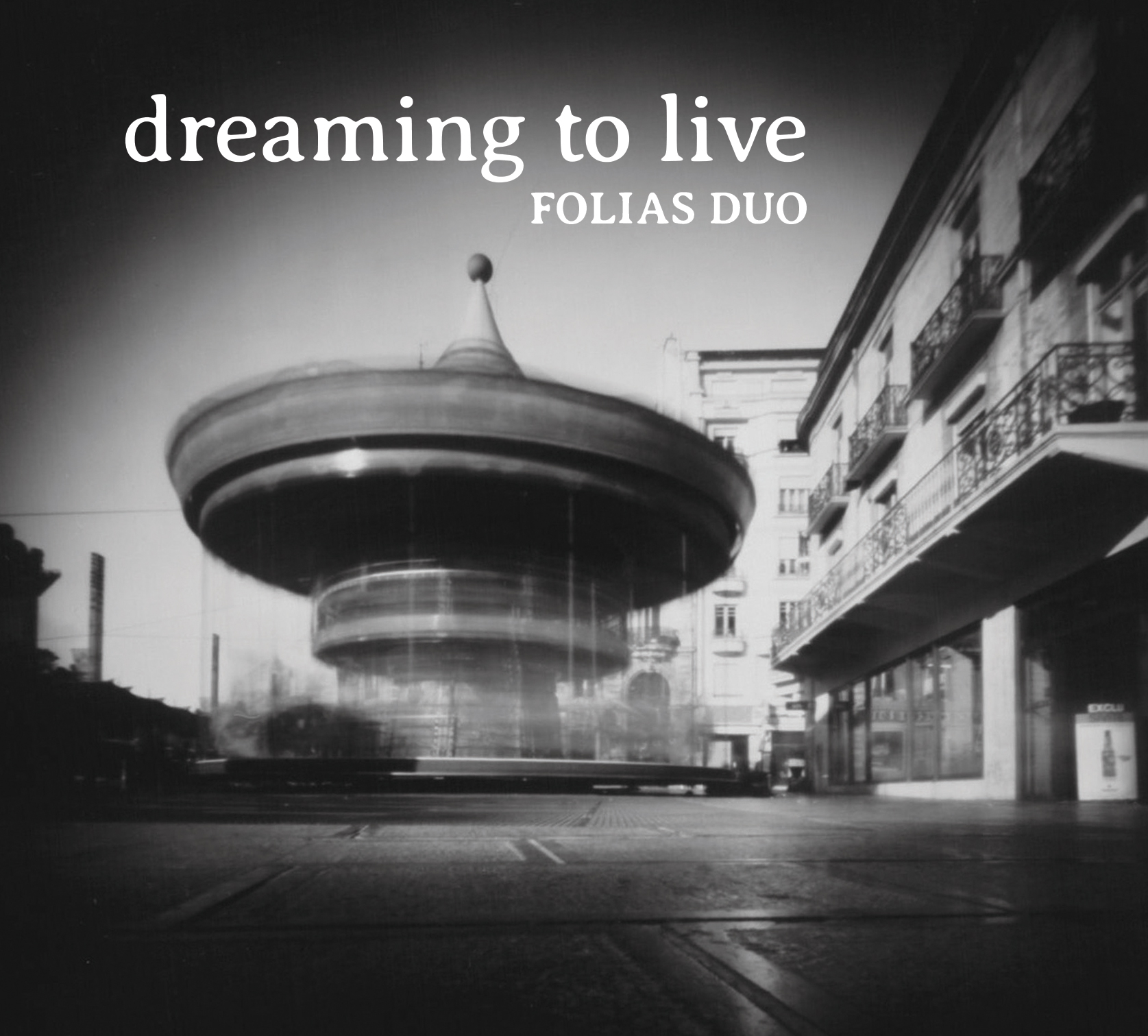 Folias Music releases Folias Duo’s Dreaming to Live album on April 15, 2017. With thirteen tracks of original compositions and arrangements performed by flutist Carmen Maret and guitarist Andrew Bergeron, the album points to their passion for tango, classical music, and Argentine composer Astor Piazzolla. Dreaming to Live will be released digitally and on CD. Pre-orders are now available in the Folias Music online store.

Folias Duo has performed tango music since the early 2000’s and here they branch out to showcase the rich folk music of northern Argentina. Of Maret’s five movement suite, she says, “The music and dance of Argentina is the muse for my Naturaleza Suite which includes some of the lesser known dance forms zamba, chamamé, and chacarera, as well as the more universally known tango.”

Bergeron and Maret share the work of composing. As they explain in the liner notes for the album, “The music on this album relates to concepts we have been interested in as composers: nature, time, and existence.” Of Bergeron’s trilogy, he says, “The vision for my Phoenix Trilogy came from a fascination with the philosophy of existence. The two outer fast movements are Clock Time, a reflection of the frenetic nature of our lives, and Living Now, hinting at the writings of Eckhart Tolle, whose prose I appreciate for what it means to “live in the now.” Bergeron continues, “The title track for this album Dreaming to Live explores the capacity for caring, for being absolutely awake, and for moving dreams into peaceful action.”

In the twenty-four page booklet that accompanies the album, Maret features an essay of pinhole photos taken with homemade cameras that document the duo’s travels and creative process. Maret explains, “To travel together, perform, tour, and brave the challenges of composing music is in fact a dream we live,” and concerning the process of taking pinhole photos, she continues, “anything really worth seeing, or hearing, takes time.”

The performer/composer collaboration of this nomadic husband and wife duo has taken them to stages throughout the United States and around the globe including Sweden, Denmark, Germany, Austria, Italy, Portugal, Argentina, and Chile. They have a fearless approach to developing original compositions for flute and guitar, an expertise for arrangements of Argentine tango, and a passion for South American folk. About Folias’s performing and composing, Robert Schulslaper of Fanfare Magazine writes: “Carmen Maret and Andrew Bergeron are facile players… They draw on tango rhythms and melodies sometimes; at other times they write with a scenic sensitivity… mysterious… charming… evocative,” while Todd Gorman of American Record Guide calls Folias “daring in self-written music” and “a nice touch of originality.”

Dreaming to Live is the duo’s first release on their own Folias Music label. The album was recorded at Sono Luminus Studios. Located in a 100 year old, former Episcopal Church in rural Boyce, Virginia the studio’s world class facility and specialization for recording high quality acoustic classical music is showcased through Bergeron and Maret’s performance throughout the album.